Global Water Crisis: Looking At The Science Behind Desalination 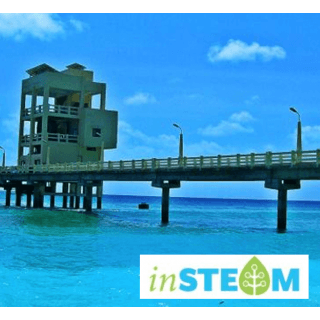 This inclusive environmental ILS was designed implementing the scientific impact approach. In this activity, students are getting familiar with the thermal desalination principle and then learn more about a specific method that uses small temperature gradients between different depths of seawater to power a desalination plant. To conclude the Inquiry Learning Space, they explore the potential use of this desalination technique in their country and share their knowledge with their school and community.

After this activity, students should be able to:

This ILS may be used as a standalone project. At the same time, if a teacher would like to design a holistic engaging student’s enterprise “Global Water Crisis” (for secondary school) a set of three ILSs could be used as a starting point.

The students can launch with understanding the science behind desalination and investigate in-depth a specific thermal desalination technique (this ILS). Then, they may learn more about other methods of desalination and examine the prospects of implementing (new) desalination technologies in their country/region, by taking into consideration social and economic aspects (Global Water Crisis: Desalination in your country/region). Finally, they can learn about drought and help their community to apply a sustainable drought management plan, which may include the operation of a desalination plant among other strategies to face a severe drought (Global Water Crisis: Drought management plan).

The ILS design is following the principles of the universal design for learning (UDL) for inclusive learning.

This activity was developed in the framework of the InSTEAM project.