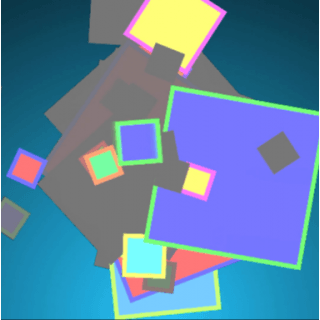 The structure of this ILS is based on the "Floating and Sinking (age 8-9)" Template provided at the Marathon Summer School 2019, Athens, Greece.

In this ILS the students are invited to conduct experiments (A and B) regarding the mathematical concepts of Area and Perimeter of a rectangle and particularly to unravel and eradicate the following two basic misconceptions they hold regarding these concepts:

The central idea of this ILS refers to an isoperimetric problem, that is the determination of the shape of the closed plane curve having a given length and enclosing the maximum area The solution to the isoperimetric problem is given by a circle and was known already in Ancient Greece. One of its facets is via the mathematical proposition:

“Of all the rectangles with the same perimeter the squared one has the maximum area”.

Structure of the ILS: This ILS starts with an orientation about the concepts of Area and Perimeter of a closed shape. The main goal is that the students are able to determine when to use the area and when the perimeter when they have to solve everyday life problems.

Then, the students are introduced to the Main Scenario behind the Isoperimetric problem:

Thelma exchanged her rectangular field with Paul's square sized one with the same perimeter. Both think that they struck a bargain with this exchange. Who is correct?

After that, the students are invited to carry out two experiments, one using a lab from Phet, and the second with a geogebra microworld that address the aforementioned misconceptions. Finally, the students relate their findings with everyday situations, read some historical notes about the problem and hand in a report on how they would address the investigation of the opposite problem, that is, if rectangular shapes with fixed area have same perimeters too. At the end of the ILS scenario is a game relative to the concepts of area and perimeter that students can play.